Nhảy đến nội dung
PSX-Place’s own @jacobsson has put together a wonderful project for all the PS3 users in the scene called webMAN Classics Maker v2.0. This project started out as a tutorial to help users create self-booting XMB webMAN Classics, and has evolved into a GUI program that will do most of the work for you. With this tool, you will be able to create self-booting versions of all of you favorite PSP, PS1, PS2 and PS3 games, which will be able to play from either your HDD or USB (USB not yet tested). There are many reasons for wanting to create your own XMB webMAN Classics, including: better PS2 compatibility, starting your ISOs directly from the XMB, organizing your ISOs on the XMB, and USB device compatibility (lightguns, microphones, etc., etc.). Besides a copy webMAN Classics Maker v2.0 for Windows or Linux, you will also need to latest version of @aldostools webMAN Mod (currently at version 1.47.30). If you need any assistance with this program, click the link at the bottom of this article to be taken directly to @jacobsson‘s release thread, where you will be able to discuss this release and much more. 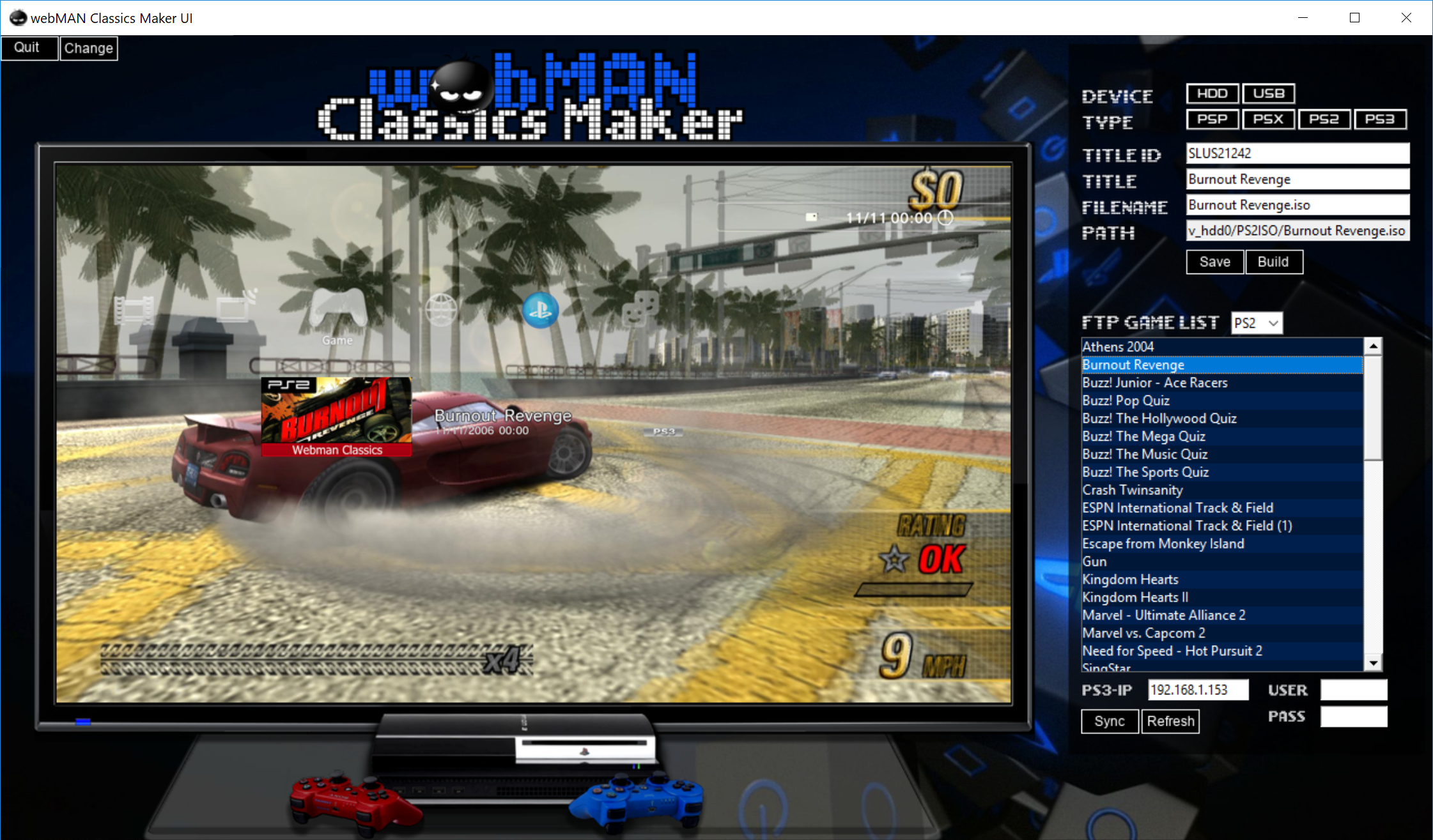